Finance Minister Jim Flaherty has outlined new rules aimed at reining in a hot housing market and ensuring Canadians aren't taking on more debt than they can afford.

Flaherty laid out a series of changes to the rules that govern the Canada Mortgage and Housing Corporation, the Crown corporation that effectively oversees the housing market by insuring the vast majority of Canadian mortgages.

The most important new change is that the maximum amortization period has been reduced to 25 years, down from 30. The longer a mortgage is spread out, the lower the monthly mortgage payments are — but the more the borrower ends up paying overall over time.

The impact of the change is likely to be significant. It's about the same as a 0.9 percentage point increase on a typical mortgage, Bank of Montreal economist Robert Kavcic noted.

The shortened amortization is also likely to affect a huge segment of the market, as about 40 per cent of all new mortgages were amortized over 30 years last year, the Canadian Association of Accredited Mortgage Professionals estimates.

Anyone who needed or wanted a 30-year mortgage before is going to have to qualify under tougher 25-year requirements now.

Ottawa has now moved three times to rein in the maximum mortgage term, since the CMHC briefly started insuring mortgages with 40-year terms in 2006. The limit was brought down to 35 years, then 30 and now the more traditional 25.

"The reductions to the maximum amortization period since 2008 would save a typical Canadian family with a $350,000 mortgage about $150,000 in borrowing costs over the life of that mortgage," Flaherty said.

"Our government has encouraged Canadians to borrow responsibly," Flaherty said. "Most Canadians have done so."

At 25 years, the maximum amortization period for CMHC-backed loans is now back to where it had historically been before the Harper government began raising the period after taking office in 2006.

Interim Liberal Leader Bob Rae made that very point in question period on Thursday, asking Prime Minister Stephen Harper if raising CMHC's limit to 40 years in the first place was a mistake.

"The government has altered rules a number of times and will continue to do so on a prudent and flexible manner depending on the circumstances," the prime minister replied.

The government has lowered the total amount that Canadians can withdraw when refinancing their homes to 80 per cent of the home's value, from 85 per cent.

"This will promote saving through home ownership and encourage homeowners to prudently manage borrowings against their homes," Flaherty said.

Flaherty also moved to cap the maximum gross debt service ratio at 39 per cent and the maximum total debt service ratio at 44 per cent in order to get CMHC insurance. Banks calculate the former by adding up mortgage payments and property taxes on a home loan, and dividing by the borrower's income. The latter adds in other debt payments such as lines of credit and credit cards to the top side of the ledger.

Although they both have obscure, technical names, they're both effectively just limits on how much debt a borrower is allowed to take on as a percentage of their overall income. That move, too, is aimed at making sure borrowers can't bite off more than they can chew.

The final change was to limit CMHC insurance to homes priced under $1 million. "Wealthy people can borrow whatever they want from banks, and they can work that out from banks," Flaherty said. "That is not my concern."

That effectively means that a homebuyer who wants to purchase a home for more than $1 million can't get insurance on it — which in turn means the buyer will have to come up with the 20 per cent down payment requirement in order to get an uninsured mortgage.

So under any circumstance, any new borrower wanting to buy a home of $1 million or more is going to have to put $200,000 down at a minimum. That's also likely to have a major impact on a comparatively small segment of the market.

"Although this could create some market dislocations in the just-under-$1-million segment, it's consistent with CMHC's recent efforts to focus its insurance business on encouraging owner-occupied purchases among average Canadians," BMO economist Michael Gregory noted.

All of the changes will be in effect as of July 9, 2012. In the interim, the action in hot Canadian housing markets is likely to get even hotter, experts say, as borrowers scramble to get in ahead of the more stringent rules.

"As we’ve observed around prior mortgage rule changes, some housing market activity will likely be pulled forward ahead of the implementation date," Kavcic noted.

But there's likely to be a subsequent pullback, too, he says. The last time Ottawa tinkered with CMHC rules, home sales fell by three per cent in the two months following the implementation date.

The Canadian Real Estate Association reacted coolly to the news on Thursday, calling it a "measured response" to rein in debt loads, but taking pains to note that the home resale market contributes $20 billion a year to Canada's economy and as such, is deserving of caution.

"Going forward, we would urge the government to consider the impact of further interventions in the market carefully," CREA said. 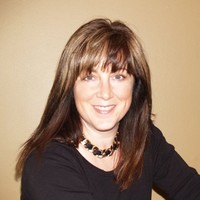