- Immigrants and young Canadians flocking to the city, drawn by better job prospects and rising wages

CALGARY, ALBERTA--(Marketwired - Dec. 5, 2013) - After correcting several years ago, Calgary has reclaimed its title as the strongest major housing market in the country, according to a new report from BMO Economics on Canada's major housing markets.

"In the three months to October, home sales have run 23 per cent above year-ago levels - nearly twice the national rate - and stand a heady 20 per cent above past decade norms," said Sal Guatieri, Senior Economist, BMO Capital Markets. "While preliminary data suggest the pace of sales slowed somewhat in November, listings are lean, giving sellers the upper hand on pricing."

According to the report, although construction has picked up, starts have barely kept pace with an exploding population. Inventories of new homes are very low, while benchmark prices are climbing the fastest among major cities and have now all but retraced the 16 per cent collapse from 2007 to 2009.

Mr. Guatieri noted that despite heady price gains, valuations remain reasonable, with prices running about four-times median family income and mortgage service costs consuming a manageable 23 per cent of earnings. "About half of the increase in prices is supported by rising income. Hourly wages in Alberta are up 4.4 per cent year over year in the first ten months of the year, double the national rate."

The report stated that immigrants and young Canadians are flocking to the city, drawn by better job prospects, faster wage growth, and healthier housing affordability than in Vancouver and Toronto. Alberta attracted a record 53,000 more people from other provinces than it lost in the past year, and a similar number from other countries.

Laura Parsons, Mortgage Expert, BMO Bank of Montreal, added that in light of expected increases in longer-term interest rates in the year ahead, Canadians need to examine ways to reduce overall housing costs.

"While survey numbers tell us that the majority of Canadians will be able to service their mortgage in the face of rising interest rates, it's still crucial that Canadians stress-test their mortgage against a higher rate to ensure they can afford what they sign up for if conditions change," said Ms. Parsons.

The full report, featuring the complete and sourced version of the scorecard above, can be downloaded at bmocm.com/economics.

Established in 1817 as Bank of Montreal, BMO Financial Group is a highly diversified North American financial services organization. With total assets of $537 billion as at October 31, 2013, and more than 45,000 employees, BMO Financial Group provides a broad range of personal and commercial banking, wealth management and investment banking products and solutions. 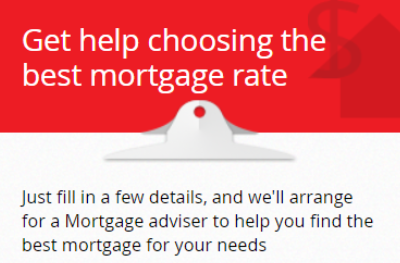